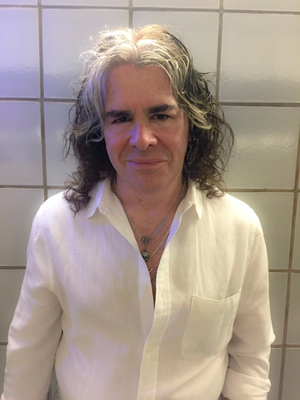 It is with a great deal of sadness that I would like to let all of Jay Conroy's fans and friends know that Jay has passed away. It is a shock for all of us.

He had two things in life that gave him the most happiness, his children and his passion for music. No matter what topic of conversation you were having with him, those are the two that were guaranteed to end up being discussed. He lived his life every day soaking up the world of rock 'n' roll. He saw over 120 concerts, starting in the 70's, of his most beloved band, Aerosmith. Besides his radio show, he also worked as a stage manager at CNN in NY. They arranged for him to do an interview with Aerosmith, for CNN, on his 100th Aerosmith concert. An amazing day for one of Aerosmith's greatest fans.

His shear love of Rock lead him to see hundreds of concerts over the years and more recently new bands carrying the torch of Rock music. The amount of Rock 'n' Roll knowledge he had was staggering. He knew inside stories about bands that were truly amazing. He started his radio show out of that life long love of Rock and it was that passion that made his interviews with bands so good. He was often complimented by the musicians he interviewed. Jay was always well researched and excited for every interview. Jay connected with the musicians he interviewed and ended up becoming friends with many of them.

Thank you for everyone that supported ROCK HARD with Jay Conroy. Jay would want you to keep Rocking, listen to your favorite bands, discover new ones and always ROCK HARD!